Settlement vs. Trial in Workers' Compensation

If you have been injured at work, you may be facing lost wages and medical bills and also be entitled to a settlement.

Settlement vs. Trial in Workers' Compensation

Many work injury claims end in settlement. Instead of keeping your case open, the insurance company offers you a lump sum settlement in exchange for your agreement to give up your right to all future benefits. The settlement amount is considered compensation for permanent injury, if you have one, and/or the need for ongoing, even indefinite, medical care.

Not every case ends in settlement, but most cases are worth at least something. Sometimes, the insurance company initiates settlement by making an offer. It can be in their best interest to pay you a lump sum now and know that you can’t come back and cost them more money in the future, for an injury that worsens and requires surgery years later, for example.

Settlement can benefit the injured worker as well, if it’s a fair settlement. A lump sum is often a good option for someone who has been unable to work or whose life is significantly altered by a permanent injury.

Insurance companies are known for giving low offers, especially to workers who don’t have an attorney to tell them what’s fair. Your attorney and the insurer will negotiate. If a settlement can’t be reached, you can go to trial. At a workers’ compensation trial, an arbitrator makes the final decision, much like a judge. The insurance company will try to prove why your injury isn’t worth much; your attorney will argue the opposite.

The amount of the settlement isn’t the only thing to consider when deciding between settlement and trial, although it does matter. A fair settlement takes into account the permanency of your injury, future medical needs, your ability or inability to work and earn as much money as before your injury, and other ways in which the injury will affect your future.

Timing is another important consideration in the decision between settlement and trial. In settlement, your case will be over quicker. If you are under significant stress at the thought of a trial, or if your financial needs are great, then a settlement might be the best choice, even if you might be able to get more at trial.

You and your attorney should also discuss your likelihood of success at trial and weigh that against the settlement possibilities. You could win more at trial than you would get in settlement, but you’re also taking the risk that you could lose. An attorney will rely on their experience to advise you on what’s best, given the specific issues in your case.

Your future medical needs will be taken into account, as well. If you settle, you end all medical benefits. So if you end up needing back surgery a decade later, it won’t be covered by workers’ compensation. If you go to trial, you may be able to keep your medical benefits open indefinitely.

Deciding whether to settle can be complex, but with the guidance of an experienced attorney you can make the best choice for you and your family. Whatever your decision, it should be informed. If you would like a referral, please call toll free at 1 (800) 807-9530 for a confidential consultation. Or, fill out our contact form online, and we will call you. 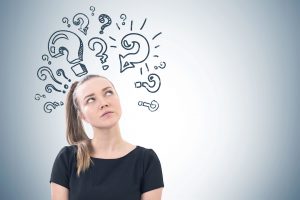 An experienced work injury attorney can help you navigate the system and will know the best approach to take if your benefits are denied. The insurance company will deny your claim if they can. Sometimes, you have to fight to get your medical bills covered, or to be declared permanently disabled. An attorney will protect your interests, with the goal of getting you full benefits. 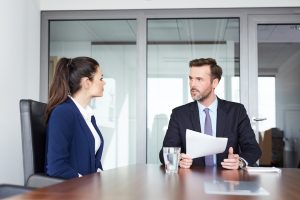 When hiring a workers’ compensation attorney, we recommend looking for someone who focuses their practice on helping injured workers. If possible, look for an attorney who has experience with your particular type of injury. Other important things to look for: many years of experience, a good reputation among judges and other attorneys, great customer service, and a history of past success in getting benefits for injured workers.

We help people in all 50 states find WORK INJURY attorneys!

Work injury attorneys get paid on a contingency basis, meaning they only get paid if you win. Initial consultations are always free. If you’ve been injured on the job, we can help by recommending an attorney.

If you have questions, or if you would like a referral, please give us a call at the number below or fill out our contact form. All communication is confidential.

SPEAK WITH OUR LAWYERS FOR FREE

Call the number or fill out the form below to schedule your FREE consultation.